The entire world of media sales revolves around technology. With this section, we give you the information and reviews you need to stay ahead of the game with the latest Industry Developments, Advertising Tech and more.

Frauds in Influencer Marketing: Gauging the Depth of the Problem

Keith Weed, chief marketing officer in Unilever, recently gave a clarion call for cleaning of the world of influencer marketing. He is of the view that brands should immediately stop working with influencers who have adopted unfair means to get followers on social media platforms. Weed says there should be greater transparency from social media platforms to allow companies to measure the impact of influencer marketing.

Giant companies are supportive of this claim

Big brands like Samsung, L’Oreal, and eBay are supportive of Weed’s views. They say they are aware of the problem and they have been trying to find a solution in their own ways. The challenge lies in finding out how many of the users on various social media platforms are fake. According to insiders, nearly 60 million Facebook accounts are fake whereas this number for Twitter is 15%.

Influencer marketing is very popular among big brands with experts reckoning it to be a $1 billion industry today. Companies are willing to pay as much as $100000 to a celebrity having more than a million followers if he mentions their brand in a post. Then there are micro influencers, individuals with less than 10000 followers. These people receive nearly $2000 per post mentioning a particular brand.

Not as effective as it is made out to be

Close to 75% of marketers around the world work with influencers. More than 40% advertising recruiters say they would spend more on these influencers in the coming year. Yet, only about a third of media recruitment agencies felt that their efforts in influencer marketing were effective.

All this points to the fact that though cost of influencer marketing is increasing, there are no standardized methods of judging the efficacy of this kind of marketing.  This has led to a situation where unscrupulous influencers are getting lucrative amounts of money and there is no way of knowing whether these influencers are real or fake.

This is the reason Keith Weed has appealed to tech giants to do something to achieve improved transparency for marketers so that they can analyse the performance of their advertising efforts using influencers.

Deloitte's Media Metrics 2017 report analyses the 3-year financial performance of the top 100 revenue-generating UK media and entertainment companies, highlighting the main trends and issues in the sector and how business models may need to evolve to reflect consumer demand. 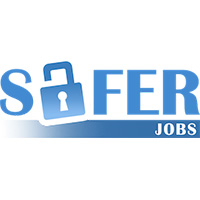 SAFERjobs (Safe Advice for Employment and Recruitment) is a non-profit, joint industry and law enforcement organisation set up by the Metropolitan Police in 2008 and designed to support job seekers, agency staff, and contractors with any suspected fraud, malpractice, breach of legislation, or poor experience they may encounter.

SAFERjobs is supported by the Metropolitan Police, DWP, National Crime Agency, Department for Business, Innovation, and Skills (BIS), other government and the main recruitment industry trade associations (APSCo, the REC, and TEAM).

On 12th July, Laura Stoker, Executive Director of Global Training at AIRS®, Powered by ADP® held a session at Onrec Conference about "Climbing New Heights with Vertical Network Sourcing". Even if the session had a main focus on recruitment purposes, many of her suggestions are also very useful lead generation ideas.

See all articles in News and Technology